What is Uniform Civil Code?

Uniform civil code is the proposal to replace the personal laws based on the scriptures and customs of each major religious community in India with a common set of laws governing every citizen. These laws are distinguished from public law and cover marriage, divorce, inheritance, adoption and maintenance. 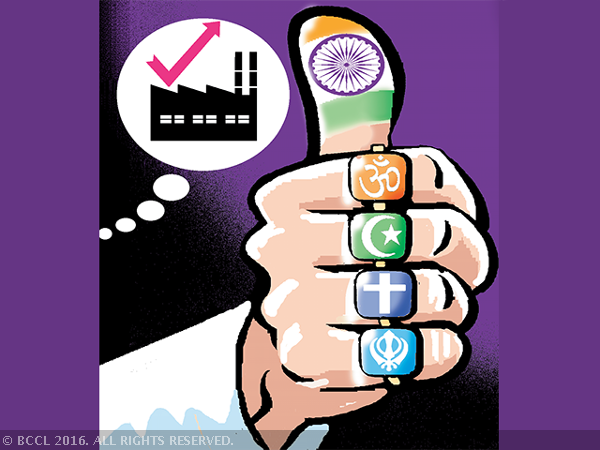 We have inherited our judicial and legal system from the british who left this question unresolved.

This shows that uniformity is needed to avoid contradictions. The idea is that there should be uniformity in the family laws enacted now onwards.

However, such practice has been observed since 1954, where a many laws have been enacted that apply to every community.

They apply to every community and every individual irrespective of the religion or personal law.

Why it is in news?

It has been  debated now and then when any muslim woman reaches supreme court demanding equality in justice for her woes imposed on her by muslim personal laws.

The issue of triple talaq is discussed in judicial circles and

Even if the commission starts preparing the consultations, the issue has not surprisingly assumed, political colours. Though, the motive behind the move is being questioned by opposition parties and also a section of minority leaders are expressing their concerns.

All these concerns and objections have to be addressed though wider debates and discussions and find common ground for concensus.

Whenever this topic is taken up, there is a certain amount of discomfort observed within Muslims. There is a feeling that it is aimed at them.

The reason for such discomfort is that there is no clear picture of what UCC will be like. For 66 years it is in constitution but no government has tried to give a draft of UCC and merely held talks in air. There even exists different views on Article 44.

There is nothing called as ‘common civil code’. The article 44 speaks of ‘uniform’ and not ‘common’ civil code. It does not ask Parliament or State to enact it straight away. The article states that ‘the state shall endeavour to secure…’ which doesn’t mean having one single law and replacing all personal laws.

1.The Constitution makers had a vision to enact UCC in future to have a same set of civil laws governing all irrespective of religion.It is incorporated in Directive Principles of state policy.

The UCC is not with regard to religious practices. There should be a uniform civil code just like a uniform criminal code where human rights, women rights are protected and there is uniformity in implementing day-to-day affairs.

There are certain issues which require attention there is need of reform in marriage and divorce of personal law which is supported by more than 90% Muslim women.

It can also mean that when talked about UCC, it is talking about problems in minority communities.

UCC may not be even required because the constitution of India doesn’t permit discrimination between man and woman and if there is any discrimination on any basis, it will be rectified by the courts.

India is signatory to Convention on the Elimination of all forms of Discrimination Against Women. This makes India accountable to its implementation.

If there exists a law which is not in conformity with constitution, the constitution will prevail. Art 14 and 19 can’t be ignored.

Whether there is UCC or not, the constitution is sufficient and competent to protect minorities, especially Muslim women in India. Another law is not needed.

UCC is replacement of all personal laws, including minority communities. This may violate, if not taken care of, certain fundamental rights like Art 25, 26 and 29. The triple talaq is not the only issue. In shahabano case, the Muslim law was challenged for first time. Other examples include

However, it needs to be seen if such debates can be done without polarising the country.

No particular time may be ripe for India to absorb a Uniform Civil Code in its entirety. It will have to be the result of gradual change that Indian society absorbs while interpreting in different ways its multicultural diversity. All communities in this country will be willing to contemplate a change gradually rather than being forced to do so abruptly

One thought on “Uniform Civil Code”