Defense Research and development in India

Any state in the world can maintain its sovereignty, existence with its capability of defense and perfect diplomacy. The defense forces and equipment of a nation takes top priority.

To fulfill the requirement of nations defense forces it requires well established defense industry, they not only provide the required back up and independence to the forces but also saves nation’s lot of money required for the purchase of defense equipment and technology.

It also provides economic boom and beneficial diplomatic ties with the help of sale of defense items. 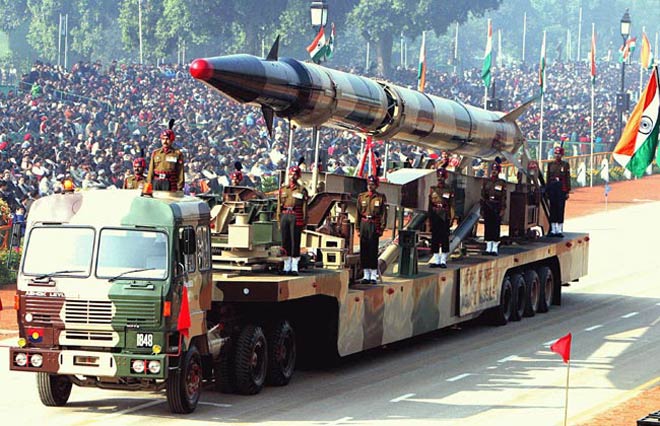 Today India is top importer of defense equipment and almost 60% of defense requirements met through imports. Defense budget for 2016-17 is appox INR 2244.56 billion

There are three stages of development of Indian defense phase.

First Phase –C from Independence till 1962:-

In 1775 Fort William, Kolkata the British decided on setting up a board of ordinance and marked the official start of army ordinance in India and few industries set up by Bruisers which manufactured guns and ammunition. By the time India got independent there were already 18 ordinance factories established.

Soon after independence it was realized that self sufficiency is required. Keeping this in mind industry policy resolution 1948 and Industries (Development and Regulation) Act. 1951 passed which made the core industries to be the responsibility of Central Govt.

For three decades, past independence India suffered enormous hurdles toward indigenous production. After 1962 war with china, India feel need of high level defense equipment and then shortcut of license production and direct purchase was restored.

This was the time when world was moving towards technology up gradation and globalization. This period saw India’s indulging in major defense acuisitation and R & D. various defense PSUs namely HAL, BEL, BEML, MDL, GSL, GRSE and Midhani commenced indigenous development of various defense equipment and project like LCA, MBT, ARJUN, ALH and range of missile under IGMD.

Indian Govt. took major decision with the opening of defense sector for private players, to be increased 26%

“Make in India” has aimed to achieve too indigenous procurement by 2020, with the maximum being produced by private sector. This has been planned in a strategic manner; the opening of economy foreign/private companies will cause foreign original equipment manufacturers to enter in collaboration with Indian companies giving the Indian economy an upgrade. It will boost export in long term.

49% FDI can be through automatic route and more than 49% through Govt. route.

The main such policies are to achieve a self reliance state in defense production and accessing source for technology.

What needs to be done :

The international trend today favours joint defence ventures between business groups rather than those between governments. the active participation of the private sector the world over in the development and manufacture of defence products has given the DRDO the economically advantageous alternative to assign design and fabrication tasks to competing companies.

We should abandon projects for low-technology items, as it would be far more economical in time and money to buy the items from the world market.

On the other hand, for medium technology products, the better option would be joint technical collaborations with friendly and strategically like-minded countries, along with an end user agreement.

Also, private units should be invited for the competitive design process, so that the project is time-based and cost-effective.

In the high technology field, the focus and insistence should be on transfer of technology, so that India moves rapidly towards its goal of becoming a major technology power.

India needs to learn from the sanctions it suffered post-nuclear tests. If external support is unavailable, it must have the courage to go ahead with an indigenous time-bound programme to develop high-tech defence products, involving the best of the talents available in the country.

India, no doubt, has financial constraints that negatively effect the funding of defence research. But this problem should never be allowed to come in the way of an important and well-planned project. There is also thereluctant attitude of the private sector to be taken into account.

And, there have hardly been any credible R&D project plans that could be sustained with the help of the government for a long period of time. The government should take the initiative to fathom the research potential of the private sector by allocating medium level research projects. This may help them reach global standards, thereby winning orders from other countries in case the government is unable to absorb the entire bulk of the product.

Defence R&D is a long, ongoing process, and it is not a good practice to scrutinise it year after year. Few things have a longer gestation period and the academic and defence community just have to learn to be patient and wait for the results.

Channelising the defence products to the civilian domain is another economically sound option and would help towards closer civil-military cooperation in R&D, besides swelling the funds through public–private partnership.

Privatisation, in itself, will do no good to the defence establishment, especially when there is ambivalence about the capacity of the private sector to meet the demands of the defence R&D.

India is recognized as a global player, due to its increasing influence in several sectors. It is one of the largest growing economies with a huge potential and market availability.

Missions of ISRO has been successful and world recognized also somewhere one their success to eugenic engine technology that come in along these projects.

A vision of becoming superpower in defense sector can be achieved by a vibrant domestic defense manufacturing sector.

2 thoughts on “Defence Research in India”