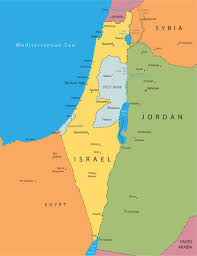 Donald Trump has vowed to change things at the United Nations when he takes over at the White House next month, after the UN Security Council’s vote in favour of a resolution demanding the halt of settlement activity by Israel in occupied Palestinian territory.

The resolution was put forward at the 15-member council for a vote on Friday by New Zealand, Malaysia, Venezuela and Senegal a day after Egypt withdrew it under pressurefrom Israel and US president-elect Trump.
Israel and Trump had called on the United States to veto the measure but it ended up abstaining, resulting in the resolution being adopted with 14 votes in favour to a resounding round of applause.
It is the first resolution the Security Council has adopted on Israel and the Palestinians in nearly eight years.

Despite the contradictory emotions associated with the resolution, there is general consensus that since it was adopted under Chapter VI of the UN Charter, the resolution is non-binding and only recommendatory.
However, this logic is incorrect and Resolution 2334, though adopted under Chapter VI, binds the international community in light of Article 25 of the UN Charter and the International Court of Justice’s (ICJ) judgments interpreting the article.
The UNSC is a principle organ of the UN whose primary function is the maintenance of international peace and security as stated in Article 24 of the UN Charter. This is a power conferred on the UNSC by the member states of the UN and member nations are obligated to comply with its decisions.

Since the term ‘resolution’ does not find a mention in the charter, UN practice has been to employ either ‘decisions’ or ‘recommendations’, the former being binding in nature and the latter non-binding.

All UNSC resolutions have a preamble and an operative part.

The resolution also condemns Israeli measures that have been aimed at altering the demographic composition of the Palestinian Authority since 1967.
The operative part of the resolution is divided into 13 paragraphs and is addressed primarily to Israel. Palestine is addressed too, but to a lesser extent and implicitly. Additionally, paragraph 5 of the Operative Resolution instructs all states to distinguish between Israeli territory acquired prior to and post 1967 in all their relevant dealings with Israel.

Article 25 of the UN Charter

Article 25 of the UN Charter, which obliges member states to comply with decisions of the UNSC, is fundamental for understanding the binding nature of UNSC resolutions.

While Article 25 comes under Chapter V – which addresses the Security Council’s composition, functions and powers – the international law community has generally believed that UN member states are only obligated to obey resolutions which invoke Article 25 if the resolution in question operates under Chapter VII of the charter. Notably,
Chapter VII resolutions are coercive enforcement measures which are employed if there is a breach of peace or acts of aggression by a state.
Since Resolution 2334 is a Chapter VI resolution, by this logic member states are not obligated to put it into effect.

From this perspective, Chapter VI resolutions are viewed only as the UNSC’s efforts to direct the concerned parties towards a peaceful settlement without wider international intervention.
However, this idea of demarcating Chapters VI and VII was unequivocally rejected in 1971 by the ICJ in the Namibia case, which clarified that the charter does not have a provision which states that Article 25 only applies to enforcement measures taken under Chapter VII.

It also makes clear that the obligation to concur with the UNSC’s resolutions ought to apply to all the decisions made by the body in accordance with the charter. Furthermore, since Article 25, along with Articles 24 and 26, deals with the functions and powers of the UNSC under Chapter V not VII, there is no logic in tying Article 25-related obligations to Chapter VII actions. Thus, the only limit on the applicability of Article 25 obligations is the adoption of the UNSC Resolution in accordance with the UN Charter – which is not contested by either of the parties in the case of Resolution

Thus one can come to a conclusion that there exists no principle in international law which excludes the operation of Article 25 obligations on the part of UN member states on the sole ground that a UNSC resolution arose from Chapter VI and not Chapter VII.

So at present UNSC resolution seems to be mandatory in nature but if implemented it will bring a storm in international politics. All international relations will undergo tectonic changes.