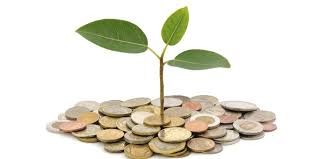 The green bonds are like other bonds with one difference

that the issuer publicly states that capital is being raised to fund ‘green projects’, which typically include those relating to renewable energy, emission reductions and so on. The main aim is to finance environmentally friendly businesses and assets. Lately green bonds have emerged as one of the key financing mechanisms for the global economy’s to move towards a greener and sustainable future.

The first green bonds were issued in 2007 by World Bank and European Investment Bank. Ever since the first issue the green bond market has grown exponentially and is currently pegged at over $180 billion. This mode of raising funds has seen extensive participation from corporates and financial institutions, including sovereign and municipal bodies across the world in both developed and developing economies.

2015 was a big year for green bonds as world markets witnessed currency green bonds, innovative structuring and also various nations coming up with their with first green bond issue. Asia has emerged as a top destination for green bonds because of market-driven state policies and rapid growth of green bonds in India and China.

Indian regulators have shown exemplary foresight in recognising green bonds as a key tool towards financing the nation’s climate change targets and in guiding the development of the green bond market through necessary policies and reforms.

India’s green bond market has not been tapped completely. It has a limited number of issuers so far. However, because of increasing interest from the government and market regulators, 2017 can expect a further growth in raising capital through the green bonds and also more policy and regulations for the green bond market.