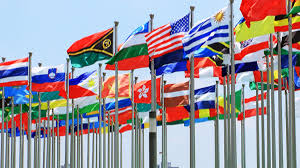 As a foreign Policy watchers in India, we remain confused about the road to be chosen,

Should India be pro America,

Should we come closer to China

OR should we again become non aligned.

We are struggling to reach a optimum position.

Before concluding something, analysing the realities is necessary

Now let’s see the realities of Indo US bonhomie

The biggest problem, however, is the fact that Delhi has no control over all the variables in the rapidly shifting distribution of power in Asia, especially between China and America.

There is third option of non alignment But

So it seems that the churning will continue and to reach a conclusion is not possible.