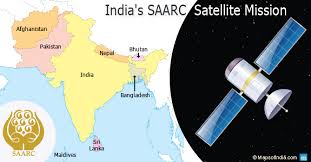 As technological capabilities and innovation-led growth become important facets of economic and military power, countries have started integrating techno-diplomacy as a major piece in their broader international diplomacy edifice.

The satellite is similar to previous communication satellites designed and launched by ISRO, and technologically does not constitute a major breakthrough. However, diplomatically, the South Asia satellite is significant for three reasons.

India must make a concerted effort to expand the range of technologies it can use as part of its diplomatic outreach. India could also look at including biotechnology and green energy. Unfortunately, there has been a critical lag in the evolution of robust scientific and research institutions in these areas, particularly from a funding standpoint. The South Asia satellite is emblematic of a more confident and assertive India, but it is necessary to ensure that such actions are not one-off.