The Indian Air Force (IAF) has finally inducted two Tejas fighters on July 1, 2016, signifying the beginning of a new era in India’s military aviation. The No. 45 Squadron of the IAF (Flying Daggers) would be based in Bengaluru for the next two years, fine-tuning all aspects of flying, ground-handling and repair of Tejas – the new fighter plane. 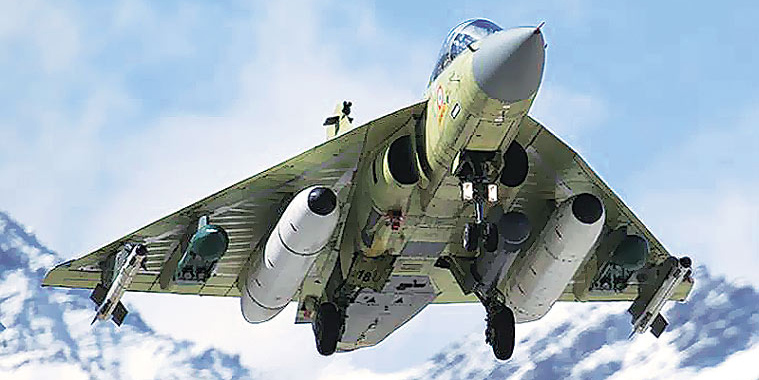 ‘TEJAS’ (meaning Radiance in Sanskrit), named by the then prime minister Shri. Atal Bihari Vajpayee has marked India’s entry into a select group of nations that can build such flying machines from scratch. It is all set to finally replace the ailing ‘vintage’ series of MiG-21 aircraft for the IAF.

The Tejas is a single-seat, single-engine, multirole fighter aircraft. It is a tailless, compound delta wing design powered by a single engine. It is supersonic and highly manoeuvrable, and is the smallest and lightest in its class of contemporary combat aircraft.

“The LCA is significant for its lighter weight, greater agility and, manoeuvrability. The aircraft is capable of carrying nearly three tons of weapon systems, has a top speed of 1,350 km per hour, capability of withstanding 7 times the average gravitational force and a 400-500 km radius of operation.” He further added.

The test flights of the LCA did not have single incident or accident, unprecedented in military aviation. HAL carried out around 500 sorties of LCA in 2013, the highest for any particular year right from the start of the program.

Entire LCA project from design to production was a tremendous cooperative effort involving about 40 research laboratories of the ministry of defense, 25 educational institutions like I.I.Ts, Indian Institutes of Science (IISC) based at Bangalore and about 300 private sector companies. The idea to have an indigenous fighter aircraft was conceptualised in the 1970s, but actual work started on the aircraft project only in the 1980s. However, “Missile Technology Control Regime” (MTCR) came into effect very soon. The MTCR is an informal and voluntary partnership between 34 countries to prevent the proliferation of missile and unmanned aerial vehicle technology. India became the 35th member in June 2016 only.

All American suppliers cancelled their agreements and European firms also stopped cooperation. With such a situation, Indian scientists and engineers had to do everything themselves. This was a major setback.

This situation continued from 1980 till 2000, when the first aircraft was rolled out. Much of the delay was caused by the wait for an indigenous engine, Kaveri, which has not been successful and has now been dropped in favour of a General Eclectic engine made in the US.

The DRDO is developing four versions of the LCA; viz., LCA for Air Force, LCA trainer for Air Force, LCA for Navy and LCA Navy Trainer. DRDO has also developed a special facility in Goa that mimics the conditions for a Tejas for Navy landing, take-off and manoeuvre from an aircraft carrier

The Tejas has not had a single accident so far, testifying to the stability of its design.

However, the aircraft still has a long way to go. The next challenge will be to develop Tejas into a fully mature aircraft with indigenous engine. The IAF’s fighter strength is fast depleting, and this is all the more reason to move faster.