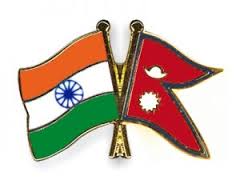 Indo-Nepal relationship in past decade:

While keeping silent for years on Nepal’s post-conflict transitional justice process, in November 2015 India’s representative in Geneva cynically utilised the forum of the Human Rights Council to influence government change in Kathmandu.

The Great Blockade forced the Kathmandu political leadership to reach out to Beijing and sign a slew of trade, transit and infrastructural agreements with it. Few know that Nepal is today better connected by air to Chinese cities than to India.

The two nations need to concentrate on the numerous matters that need concentration and resolution.

As Nepal is moving towards normalcy under its new Constitution, and with India seemingly changing gears on its Nepal policy, one hopes for a threshold of maturity in relations between South Asia’s oldest nation-state and its largest democracy. New Delhi must use the visit of Nepal’s newly anointed Prime Minister, Sher Bahadur Deuba, as an opportunity to hit the reset button on Nepal-India relations. Indian interventionism having backfired, the Nepal PM’s visit is an opportunity to raise the level of bilateral ties.