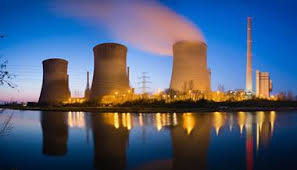 India is a power-starved country.

With annual per capita consumption of about 1,100Kwh, India lags behind most of the other developing countries.

In countries such as Iran and South Africa, this exceeds 2,500 and 4,000, respectively.

The global average stands at around 2,500.

There is sizeable power capacity in the country, yet there are large pockets of unmet power demand. Systemic and regulatory shortcomings have been responsible for this irony.

The average PLF (plant load factor) for coal-based power plants, which constitute about 60% of India’s total power generation capacity, continues to languish below 60%.

It is a measure of the output of a power plant compared to the maximum output it could produce. A lower PLF indicates inefficiency in production and distribution and low-capacity utilization.

Issue arising because of low PLF:

Low-capacity utilization is causing extreme financial strain on the entire power value chain—right from the lenders to the power distribution companies, to the power users.

India’s power generation can grow comfortably at a compounded annual growth rate (CAGR) of more than 12% over the next five years—subject to demand.

A healthy pipeline of new capacities.

Poor availability at the consumer end.

Strengthening Discoms’ power affordability can be a powerful way to enhance power consumption.

The total taxes on thermal coal work out to more than 65%, on an average, over Coal India’s basic price.

The GST compensatory cess (that has replaced the clean environment cess that existed before the GST roll-out) is about 40% of the average coal price.

Total tax on the common grades of coal is more than 80%, which is higher than taxes on even alcohol, cigarette or luxury cars.

Although optically these taxes and cess are applicable on coal miners and, hence, on power generators, ultimately, they are borne by end consumers across socio-economic segments, despite power being a basic necessity.

Such a high rate is unfair, futile and self-defeating, given that coal usage cannot be stopped for the 195 gigawatts (GW) coal-based power capacity (plus the 50 GW in the pipeline) in India.

The GST compensatory cess has been put in place after the implementation of GST to compensate state governments for the potential revenue shortfall from GST. This cess may seem like a good way to smoothen the issues in GST implementation. However, burdening an important sector like coal and power that is already suffering from many issues with such a steep tax seems unjustifiable.

Removing the GST compensatory cess on coal can curb the cost of power.

The tax revenue—about Rs 22,000 crore—that the Central government would forgo if this were to happen would effectively be transferred, in the shape of lower power cost, to discoms and thus to the state governments. So, the country’s total fiscal deficit math wouldn’t change much.

The thrust on shutting down older, inefficient and highly polluting power plants should be intensified.

Redressal of the flaw in our taxation system can be a game changer not just for the power sector, but for the entire economy, through the multiplier effect that it will result into.